Measuring Success at the Fest

My performance went well. I was in-the-round with two other Philadelphia Folk Festival Campfire Contest winners, Bunny Barnes and Jerry Korobow. We were an eclectic bunch, with Bunny playing beautiful guitar instrumentals, and Jerry playing bluesy folk favorites. It was truly a "Kaleidoscope Folk" song circle. Kaleidoscope Folk is a made-up genre that I know will catch on one of these days!

It was not without some calculated risks and stresses: my husband, Rich DeAngelis, was recruited by me a few weeks before to play percussion, which he did happily and did well even though we've never played together. Also, my guitar's nut needed to be replaced just days before, which led to using my Martin, which led to a last-minute decision to put a pick-up in my Martin D15, thanks to Brian Huff - so grateful! 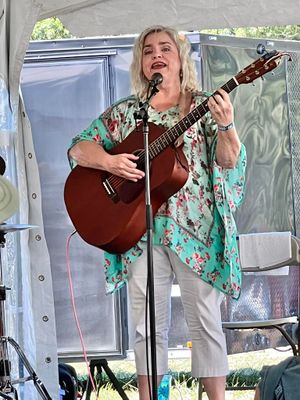 How do you measure success at the Philadelphia Folk Festival?

Hopefully, not by how many CDs you sell since I only sold one!

Hopefully not by how many people heard you, because although the Culture Tent was full, and mostly with people I already knew, I really don't know how many people ventured on the livestream to listen in.

Hopefully success isn't measured by compliments, although it's tempting for a musician to bask in that glow. I got great feedback from friends and some strangers, and trust me, that feels great!

I've thought about this a bunch, and the only way to measure success for me is to ask myself if 10-year-old Lisa Jeanette would have been proud of me. She's the one that had dreams of being a musician. She's the one that was confident in her musical abilities, unafraid and undeterred by well-meaning naysayers.

Somewhere along the way I became more afraid, easily discouraged and I felt less special. But 10-year-old me? She was fierce and ready to take on the world.

10-year-old me loved this weekend, had a fun time and lavished in the healing warm rays of the smiling banjo. Success feels good.

“Is this the messiest house you’ve ever been in?”, I said, as the home remodelers roamed through the rooms that are normally cordoned off to non-residents. “Oh no”, they said, “your house is so inspiring!”

Taking this with a grain of salt, as I realized that these were in essence sales people – not that there’s anything wrong with that - and every compliment was suspect, I still had to smile. I could sort of see what they were seeing,

What I see: all my house's faults; the dusting, sweeping, vacuuming, straightening, organizing, decision-making – all the things I’ve left undone.

What they saw: my music room adorned with its cornucopia of instruments and lots of lyric sheets scattered about, Rich’s photography on the walls, the books lining the room we call the library, the crafts in mid-creation, my poster of Freda, Maya, Amelia and RBG and other things I still don’t see. 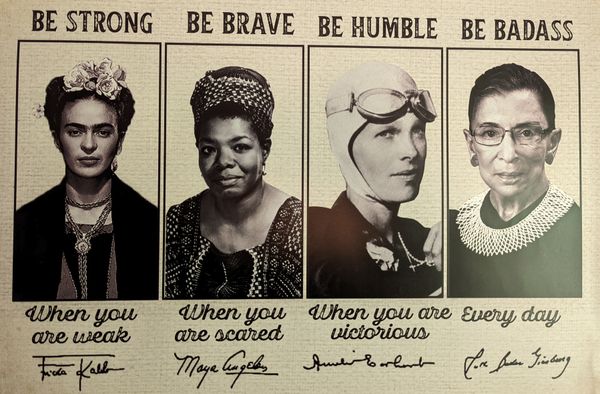 Grain of salt notwithstanding, I began to feel less ashamed of my imperfect house with its imperfect inhabitants. For a small moment, I saw my beautiful mess and those things that are left undone were less seen as faults and more seen as lower priority tasks.

Don’t get me wrong – I like a tidy house as much as the next person that struggles to keep a tidy house. But you know what I like more? A newly written song. A creative endeavor. A jigsaw puzzle. A well-planned delicious dinner. A thought-provoking conversation. Laughter. 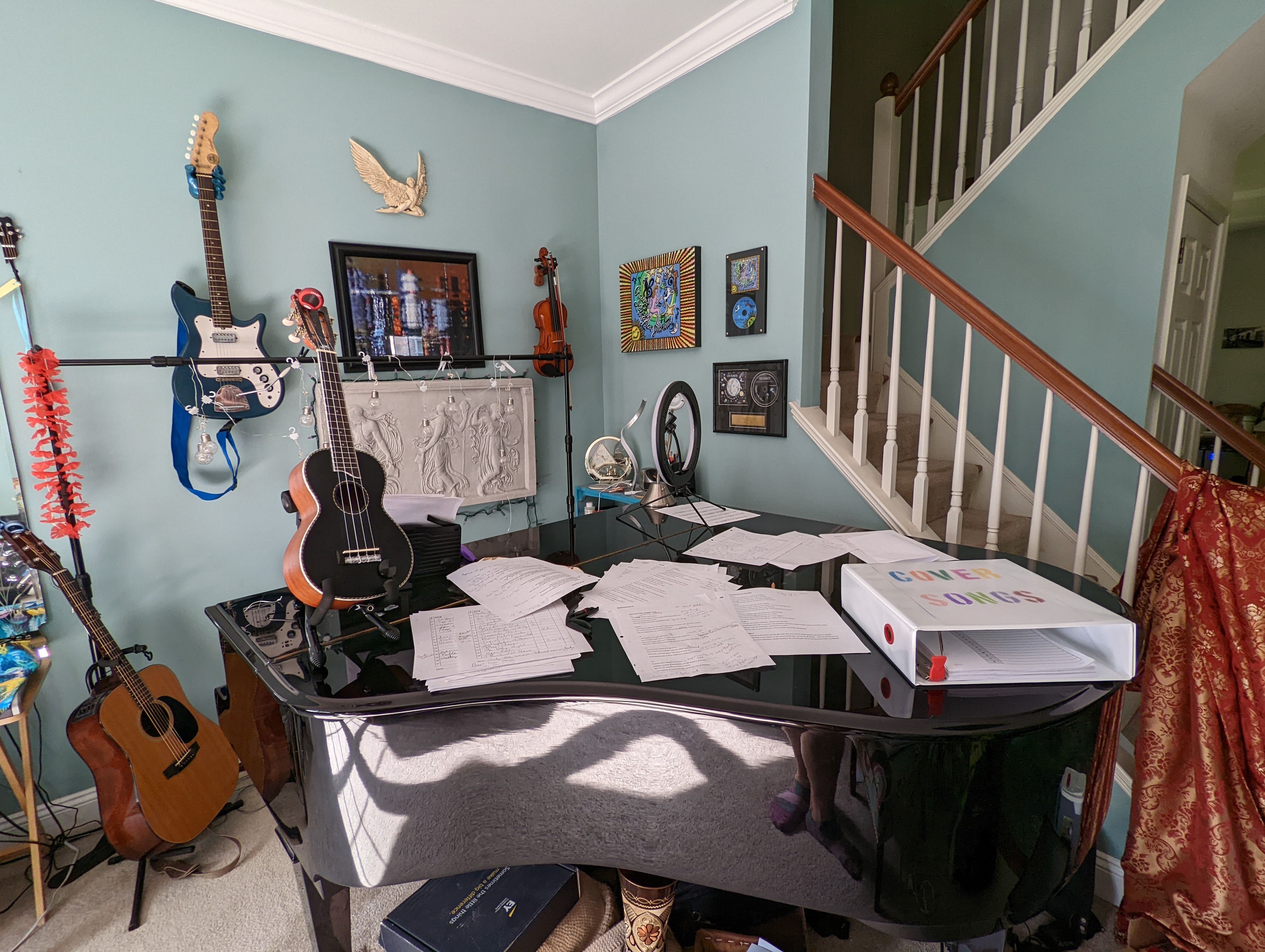 I will always strive to balance my ADHD creative brain and its impulses with my desire to live in a beautifully clean and tidy house. But for today, I feel that it’s not only okay, but necessary that my creative spirit gets to be alpha dog. Maybe most days. Maybe most of the time.