Cover you, cover me

Every year our local songwriting group to which I belong, the Philadelphia Area Songwriters Alliance (PASA) has a holiday “Cover Me Party” where area songwriters are invited to participate in a concert where they cover their fellow local songwriters. Every songwriter covers another in the group, and everyone gets covered. This is accomplished by a herculean effort from the PASA leaders, who ensure everyone gets the gift of hearing one of their songs performed by another songwriter. 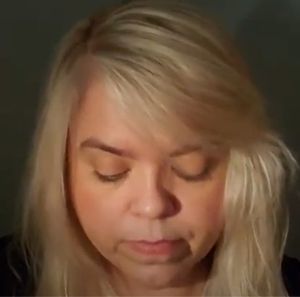 This is hands down my favorite holiday event of the year. Not only do I get to hear one of my songs performed by someone else, I get to hear lots of other peoples’ songs unwrapped just like a precious gift should be, sometimes in a very tender fragile wrapping one would give a blown glass ornament, sometimes in a big red bow one would put on a new sports car. It is really a spectacle for the ears!

I covered my dear friend Nancy Huebner’s song, “What Music Means”, and covering Nancy Huebner is no small feat. Her songs are indescribable and are events of their own making that you just need to experience personally. You can check out her music here: https://www.reverbnation.com/nancyhuebner

I want a do-over, and it looks like I will get my chance since PASA is letting us re-record our songs. I will share that when it’s ready, but also will play “What Music Means” at next Wednesday’s livestream.  I was covered by Two of a Kind, i.e. Jenny and David Heitler-Klevans, who did a better version of “Never Been To War” than I do, and Rusty & Jan who covered “Portrait” which was sung so beautifully by Jan Alba, and by the inimitable Heidi Wolfson, lead singer of Cubizm, who gave a passionate and searing version of “You Don’t Look My Way”. I felt like I was being honored at The Kennedy Center – it was intense!

I am so fortunate and proud to be part of such a supportive community of artists in Philadelphia. Each member I’ve connected with has truly taught me the meaning of being in this sort of community. As a self-subscribed misfit, I somehow fit here.

Here’s me covering the wonderful Heidi Wolfson’s song “Harvey” in 2020.

And here’s Neal Philips covering my “Like You’ve Never Gone” in 2020 – I was completely crushed.

If I had  more of them to share, since each one of them is a gem, I would, but this is the best I could find. Check out PASA’s YouTube, PASASongwriters, to hear others.

I hope you receive wonderful gifts and heartfelt joys this season. I sure have. 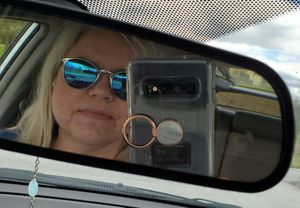 I haven’t been writing much. I’m not one of those who are very disciplined about writing and force myself to write every day. Maybe if I wrote songs for a living I would, but in the place I am right now it’s all I can do to keep it all together, and there are a few things that get prioritized over writing, like exercise or Netflix (what?). I’ve never been very good at discipline, and it’s something I work on.

I recorded the “Adele One Night Only” show when it aired, but just got around to start to watch it today. She began to talk about her process, and how she doesn’t know how she accesses the songs and seemed bewildered about how it all happens. And just like that, she accessed that part of me. I began to cry.

I do not cry easily, and I wish I did because tears provide a release and relief that I am often needing. But Adele talking about the mystery of accessing the muse totally resonated with me. Her talking about “Hello” being her younger self talking to her older self – again, totally resonated. There are times I wonder where all this music is coming from. I hear people talk about how music moves them, and I often seem to be unmovable.

We toughen ourselves up to be able to meet the bumps in the road we’re on, and sometimes we become so tough that accessing our own vulnerability seems a fool’s errand. “Don’t go there, Lisa – you may never return! You are a survivor, an overcomer, and you need to be strong, in control, productive, smart, capable, busy” – all those things one is conditioned to believe are the goals in life, and eventually you learn that none of them sets a good bar of a life well-lived.

I’ve been listening to Dandapani, a Hindu priest and former Hindu monk, who I have become completely enamored with as of late. He talks about his guru on his deathbed looking back on his life and saying, “What an amazing life. I would not have traded it for anything in the world.”

What will you say on your deathbed? We often hear inspirational speakers say that we won’t say we wish we spent more time at the office. But never mind that, what will you say?

I think about this as I realize there are places to where I have arrived, and there are lots of places I still want to go, and my time on this earth becomes more and more finite with each passing year. Those passing years pass more swiftly in the second half of this journey.